Current properties in the program 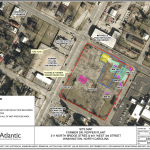 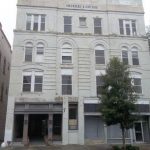 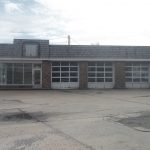 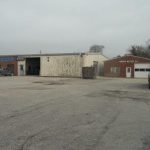 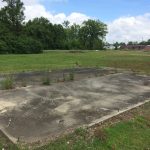 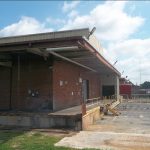 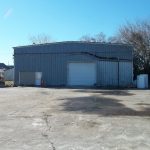 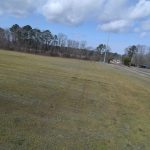 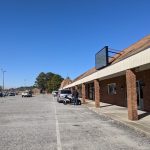 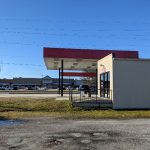 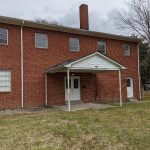 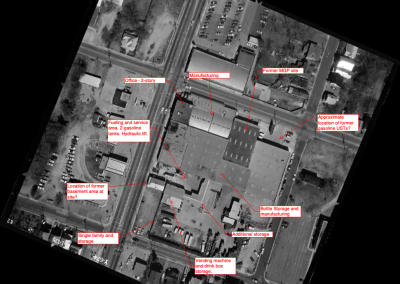 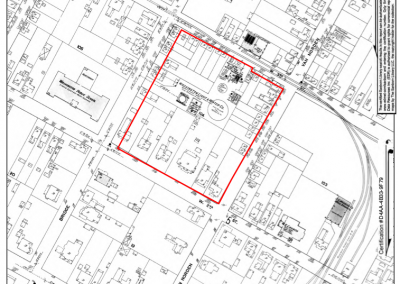 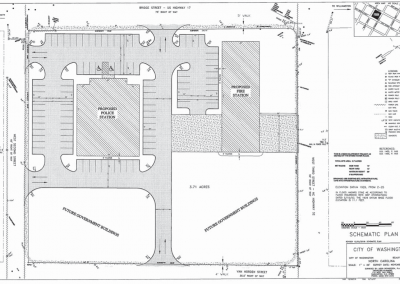 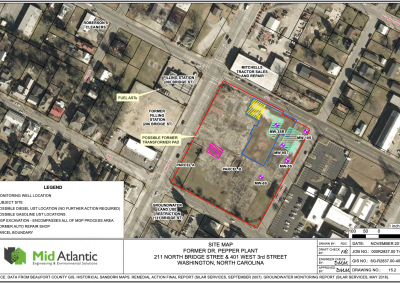 This property contains two parcels and encompasses an entire city block. Historical documentation from 1901 depicts the site developed with several residential structures and the Washington Gas Company, a manufactured gas plant (MGP). The MGP site, which operated under several different names over the years, operated from approximately 1857 through 1947 when the plant was converted to propane. Gas storage tanks are visible on historic aerial photographs up until 1958. Between 1964 and 1974, the remaining residential properties were razed at which time the site was occupied by the former Dr. Pepper Plant on the northern portion of the property. All onsite structures were razed around 2006. Historic MGP operations have contributed to soil and groundwater contamination at the site and the property is listed as a State Hazardous Waste Site. In 2007, impacted soils in the area of the former MGP site were excavated and disposed offsite. The excavation area was greater than 2,500 square feet and multiple subgrade structures formerly used in MGP operations were uncovered and removed. Groundwater monitoring wells present at the site are presently sampled semi-annually to document groundwater quality as it pertains to the site. Historical documents reviewed during the performance of a Phase I Environmental Site Assessment indicated that soil and groundwater quality on the portion of the site associated with the former MGP site had adequately been assessed and/or remediated.

The City of Washington expressed interest in redeveloping this property with a new police station and other possible municipal building. In July 2019, Mid-Atlantic conducted additional soil and groundwater assessment to provide analytical data to determine if engineering controls would be necessary to safely develop and occupy the site and provide the North Carolina Superfund Program and Brownfields Program the information they need to regulate the project. Following completion of the Phase II Environmental Site Assessment in July 2019, interpretation of the analytical data indicates soil and/or groundwater contamination is present on portions of the site not historically utilized by the MGP site. However, these constituents should not pose an impediment to future redevelopment of the site. 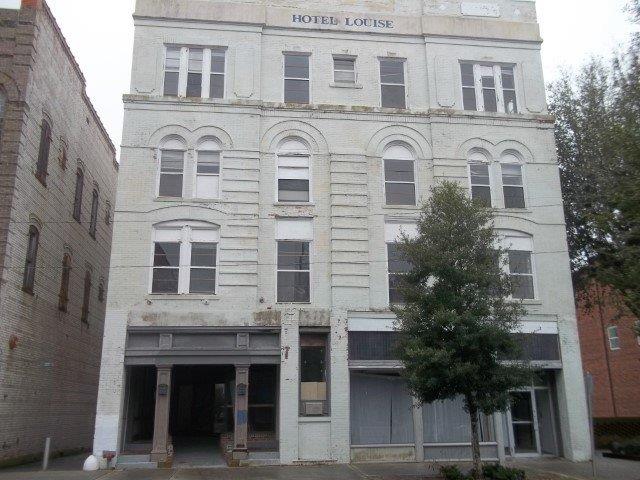 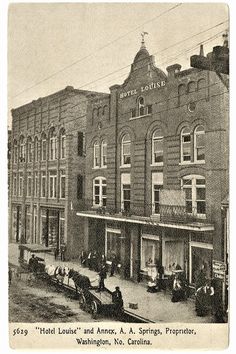 Asbestos-containing materials (ACM) and lead-based paint (LBP) have been identified throughout the entire onsite structure. Both of these materials are classified by the EPA as hazardous materials and can contribute to a number of serious negative health conditions. The exorbitant cost associated with remediating these materials have prohibited several prospective developers from successful redevelopment of the property. As the site has sat vacant over the last decade, the property has fallen into a level of disrepair and desperately needs someone to make the investment to revitalize this property.

With the assistance of Mid-Atlantic, the property was deemed eligible for the North Carolina Brownfields Program (NCBP) and the current property owner and the NCBP are currently in negotiations to finalizing a Brownfields Agreement for the property. In addition, Mid-Atlantic is in the process of authoring an EPA Clean-Up Grant application for the Hotel Louise property to cover a majority of the costs necessary to remediate and redevelop this historic landmark. 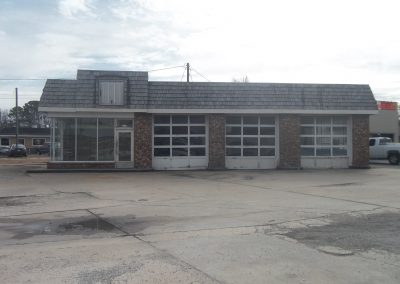 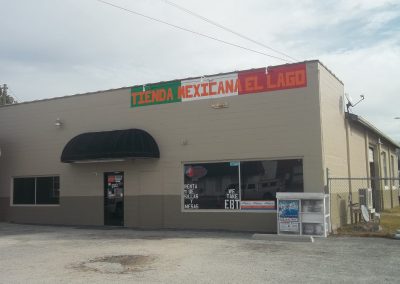 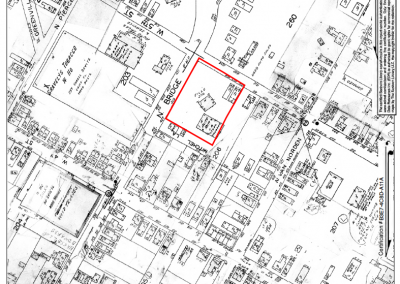 These parcels are located on the corner of 5th Street and Bridge Street, on the main corridor into Downtown Washington. The corner property, 429 Bridge Street, is developed with a vacant 1,556 square foot structure and 427 Bridge Street is currently developed with a 3,780 square foot structure occupied by a Hispanic grocery store. According to historical photographs, both parcels historically operated as automotive repair facilities from at least 1958 until approximately 1985. The corner property also historically operated as a gasoline filling station. The gasoline tanks associated with the filling station were removed from the property in 1993 and subsequent environmental assessments indicated the underground storage tanks (USTs) had failed and released gasoline to the subsurface resulting in soil and groundwater contamination of petroleum.

The property is actively listed “For Sale” and understanding the soil and/or groundwater quality at a property historically used for automotive repair would be helpful in marketing the property. With the current property owner’s permission, Mid-Atlantic conducted a Phase II Environmental Site Assessment to remove the underground hydraulic lifts and assess current onsite soil quality. A subsequent groundwater assessment will likely be necessary to achieve NCDEQ regulatory closure and increase the marketability of this property.

Corner of 5th and Bridge Street 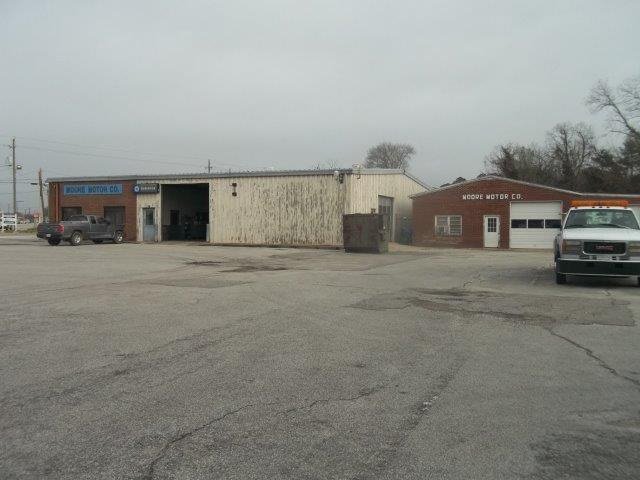 Located on the corner of 5th Street and Bridge Street, the Moore Motor Company historically operated as an automotive sales and repair facility from 1964 until approximately 2011. During a Phase I Environmental Site Assessment, Mid-Atlantic observed three floor drains,  one probable underground hydraulic lift, two aboveground hydraulic lifts, and several areas of surficial staining.

Mid-Atlantic recommended conducting a Phase II Environmental Site Assessment to determine if soil and/or groundwater contamination are present at the site as a result of the historical use of the site for automotive repair. In the event the current property owner decides to sell the property, an understanding the soil and/or groundwater quality at a property historically used for automotive repair would be helpful in marketing the property. 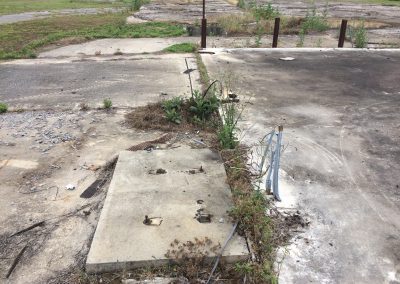 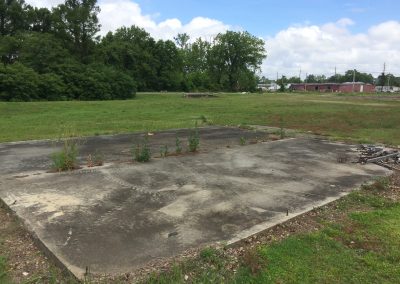 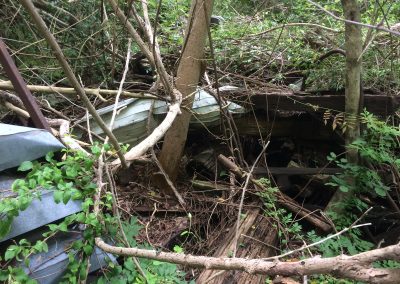 The Former Pamlico Chemical site, located at 933 West Main Street, was developed as early as 1901 with a barrel and wooden roller manufacturer and railroad. The manufacturing facility appears to have been razed sometime between 1904 and 1911 and the 1924 and 1943 Sanborn maps depict the site developed with residential structures along the railroad tracks. Historical aerial photographs indicate that site use transitioned to industrial purposes sometime between 1964 and 1974 until approximately 2014, after which the buildings were razed. Since that time, the site has remained vacant with remnant structure footprints and paved parking areas. Through a series of mergers and acquisitions, the property is now owned by Nutrien AG Solutions, Inc. whom currently does not intend to utilize or redevelop the property. The City of Washington envisions the site’s potential could be realized as green space and/or boat dock/launch for the neighboring residential communities. 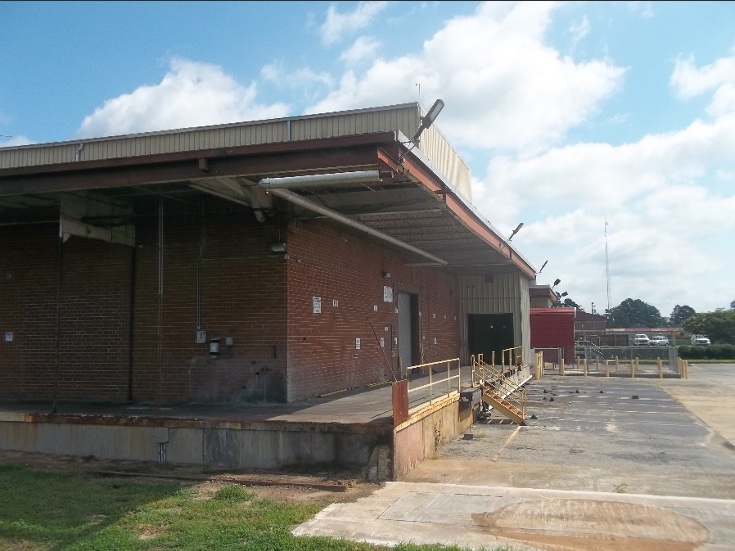 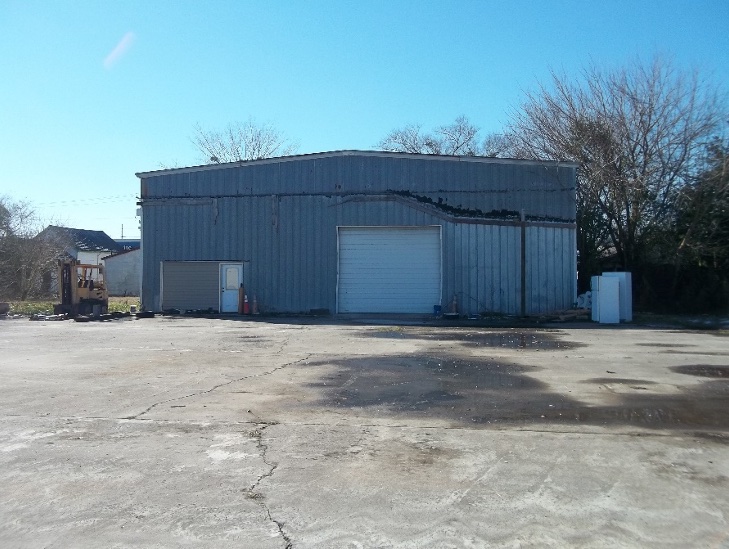 The site consists of two parcels totaling approximately 2.07 acres and is located approximately 200 feet southwest of the intersection of West 5th Street and Bridge Street. At the time of the Phase I Environmental Site Assessment, the site was developed with a 5,120 square foot warehouse structure, paved parking and grassy areas. The Phase I Environmental Site Assessment conducted at the site identified the following recognized environmental conditions: current and historical automotive/tractor maintenance activities, a leaking petroleum aboveground storage tank, and several documented contamination incidents near the site. Additional assessment activities were recommended but have not been performed as there has been no planned redevelopment/reuse of the site. 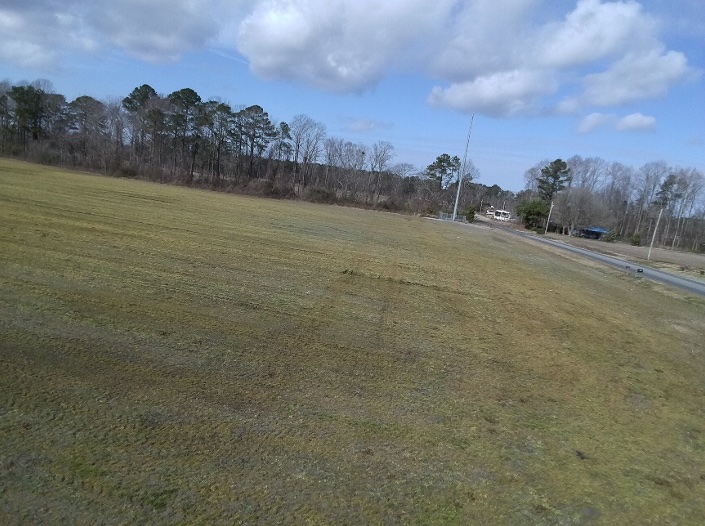 The site consists of 12 parcels totalling 68.63 acres and is located north of the intersection of Page Road and Cherry Run Road. During the Phase I Environmental Site Assessment, land use at the site was confirmed by aerial photography back to 1902, when it appeared to be partially developed as agricultural land and four residential structures. The site appeared to be undeveloped wooded land from 1950 through 1983 with intermittent logging activity noted in 1956 and 1982. The 1993 through 2016 aerial photographs depict the site as partially developed as agricultural land. The study did not identify recognized environmental conditions associated with the site, but did consider the small scale industrial/manufacturing operations at the adjacent, development parcels to be an environmental risk. 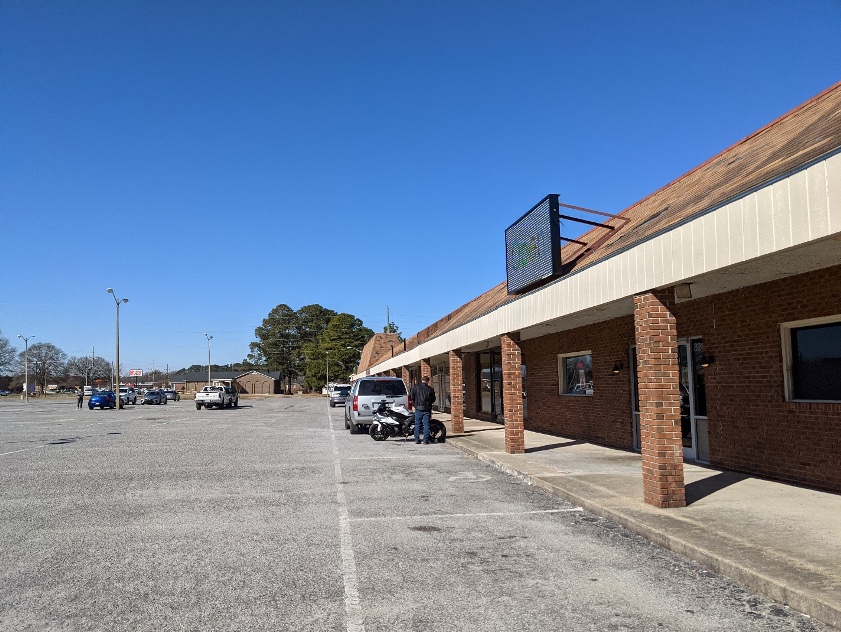 The site consists of 23.46 acres and is located approximately 280 feet northwest of the intersection of Washington Street and West 15th Street. At the time of the Phase I Environmental Site Assessment, the site was developed with a 51,400 square foot shopping center and a 1,600 square foot stand along restaurant. Land use at the Subject Property was confirmed by aerial photography back to 1938, when the Subject Property appeared to be partially developed as agricultural land. The site appeared to have been developed with a commercial or retail structure in 1971 with additions constructed in the 1980s. The 1,600 square foot structure, located on the southern parcel boundary along West 15th Street, appeared to have been constructed in 1982. The 1998 through 2016 aerial photographs depicted the site in its present-day configuration. The study identified the historical operation of a dry cleaner on the site and several documented releases on adjacent properties as recognized environmental conditions. 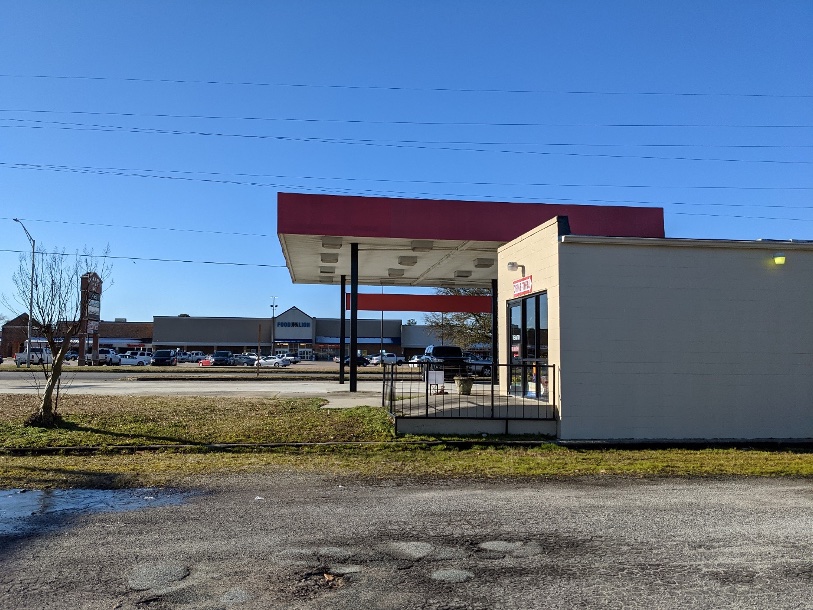 The site consists of 0.36 acres and is located on the eastern corner of the intersection of Minuteman Lane and West 15th Street. At the time of the Phase I Environmental Site Assessment, the site was developed with a former gasoline station being used as commercial office space. Land use at the was confirmed by aerial photography back to 1938, when the site appeared to be partially developed as agricultural land. The site was developed with a gasoline filling station in aerial photographs from 1993 through 2016. According to interviews with the owner representative, the underground storage tanks (USTs) were removed in August 2019. The study identified the historical operation of a gasoline service station on the site and documented release from the USTs as a recognized environmental condition. Additional investigation was only deemed warranted to determine the degree and extent of the documented release(s). 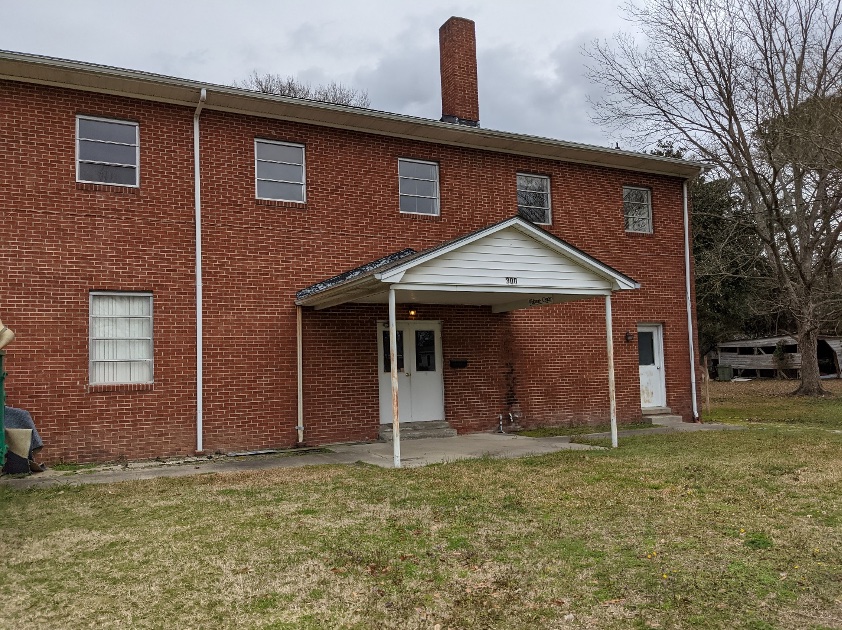 The site consists of 0.36 acres and is located on the western corner of the intersection of Nicholson Street and 10th Street. At the time of the Phase I Environmental Site Assessment, the site was developed with one approximately 8,800 square foot church constructed in 1963 that was vacant. Land use at the site was confirmed by aerial photography back to 1938, when the site appeared to be undeveloped. The site appeared developed with a commercial structure in fire insurance maps and aerial photographs from 1943 through 1956. The 1964 through 2016 aerial photographs depicted the site in its present-day configuration. The study revealed no recognized environmental conditions associated with the site; however, the potential for undocumented heating oil UST(s) at the site was identified as a business environmental risk.